WHAT'S ON / Exhibition
The Sacred Everyday

The Sacred Everyday an exhibition curated by poet and cultural theorist Ranjit Hoskote as part of the Serendipity Arts Festival 2018, is now open at two venues – the Adilshah Palace, Panjim, and the Church of Santa Monica, Old Goa. The Sacred Everyday draws on 11 individual, family, foundation and public collections, and has commissioned works by a number of contemporary artists.

In a first, The Sacred Everyday celebrates a collaboration between the Serendipity

Arts Festival and the Museum of Christian Art, Old Goa (MoCA). Since MoCA is

currently under renovation, The Sacred Everyday offers an opportunity for some

objects from its collection to be put on view, while inviting a new viewership to its

At the Church of Santa Monica, Old Goa, The Sacred Everyday includes such

* The Issanama, an extraordinary series of paintings depicting the life and ministry

of Jesus, created by Manish Soni, grandson of the legendary Rajasthan-idiom artist

Badrilal Chitrakar, in collaboration with the collector and aesthete Paul Abraham

of the Sarmaya Arts Foundation. The Issanama is rendered in a contemporary style

inspired by the Mughal, Rajput, Pahari, and Safavid idioms.

1967), graciously loaned by Leonard and Naomi Menezes. Angelo, who studied

with Nandalal Bose at Santiniketan and was one of Rabindranath Tagore’s disciples,

pioneered the Indianization of Christian iconography well before the thesis of

inculturation evolved from the deliberations of Vatican II.

* An 18th-century painting on wood of Our Lady of Sorrows, rendered in a vividly

demotic Baroque style, from the collection of the Museum of Christian Art.

As part of the exhibition, there will be a talk on the 16th of December 2018 at 11 a.m. at the Church of Santa Monica on the Isanama series with Paul Abraham and Ranjit Hoskote. 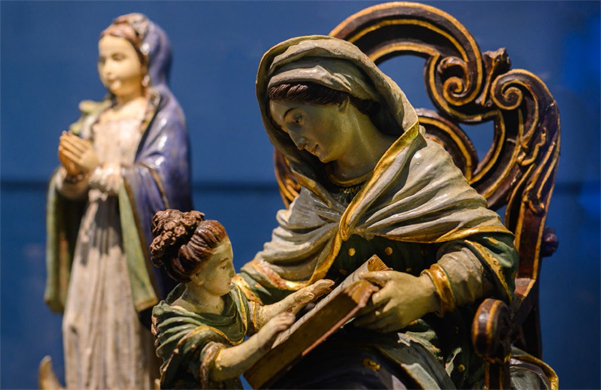 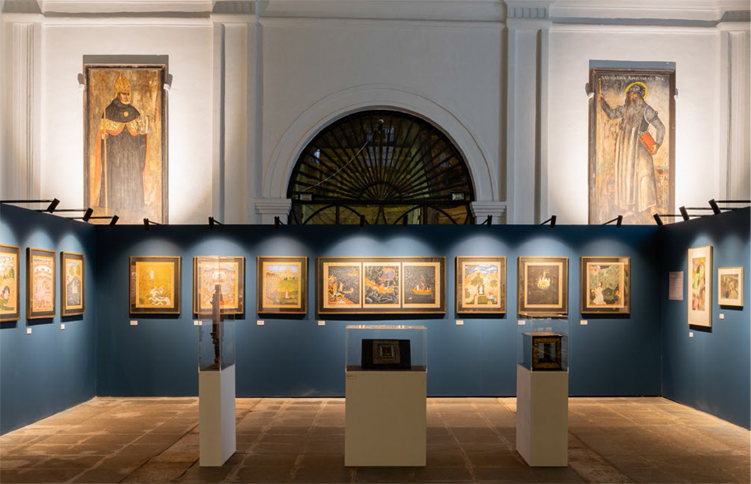 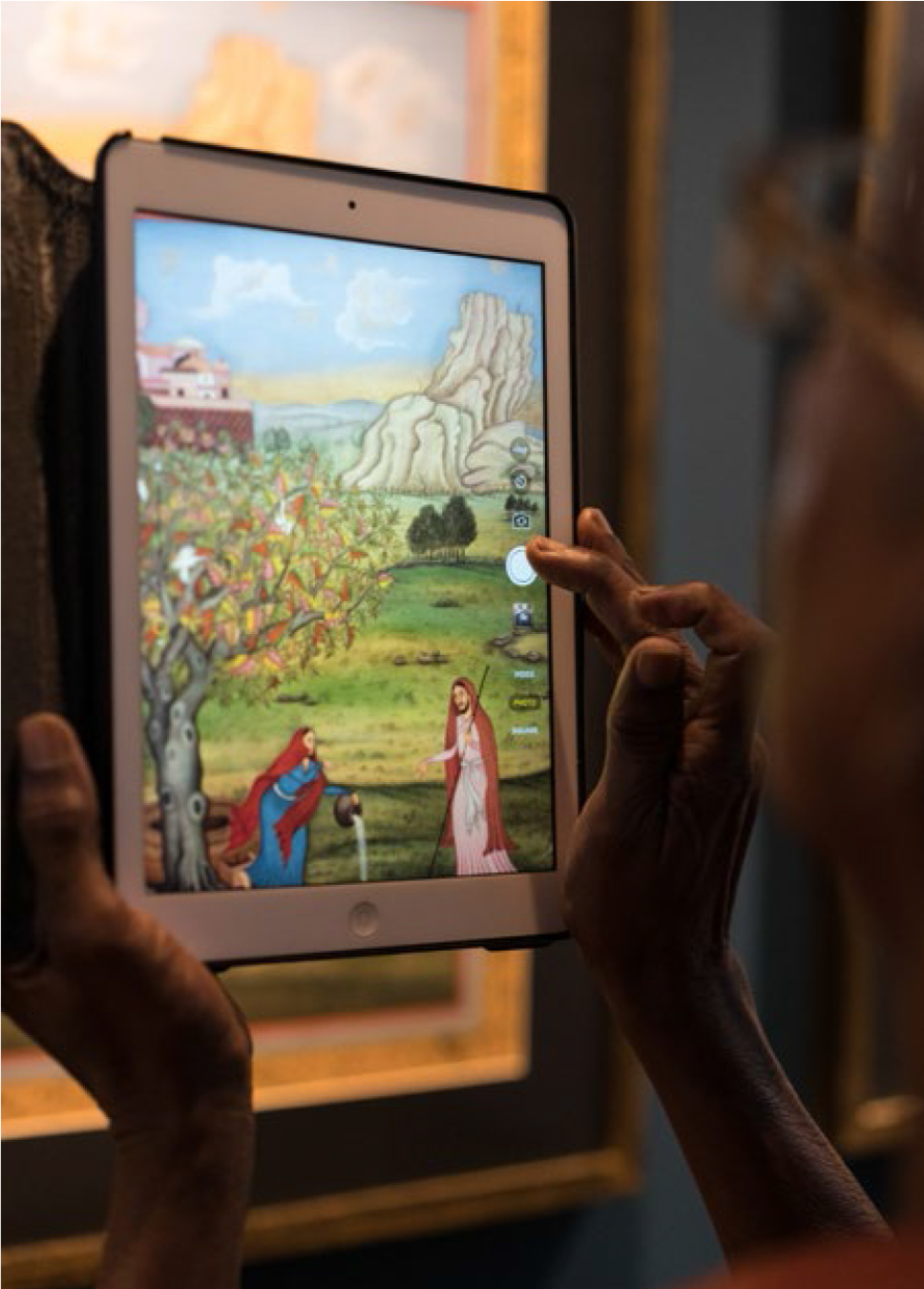